The creation of a thousand forests is in one acorn

We are excited to have received the first European shipment of the ACORN system from Oakman Aerospace, Inc.

The Advanced Configurable Open-system Research Network (ACORN) is a  modular, scalable end-to-end mission test-bed that enables the detailed design, development and test capabilities for any satellite mission. It allows the integration or simulation of hardware and software-defined subsystems and components to support mission planning and development. 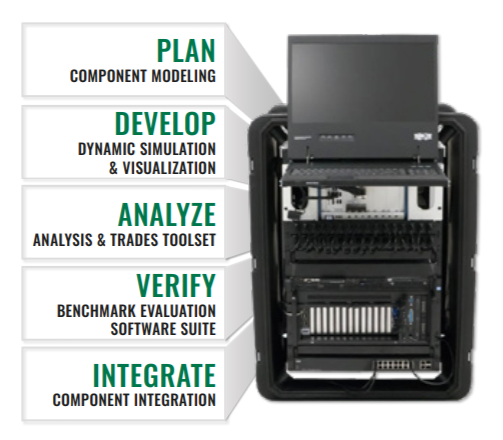 Our friends and partners at Oakman Aerospace have shared with us one of their first systems so that we can learn how the system works, and feed this information back to the Oakman team so that they can build our feedback into their product and documentation development roadmap.

The initial “beta-testing” activity is being undertaken by Ben Hudson, one of our interns, who chose to extend his internship so that he could take this opportunity to learn about the ACORN and develop his modelling skills on the system. Ben commented, “Oakman have asked us to “stress-test” the ACORN by running different simulations so that we can exercise the capabilities of the system. 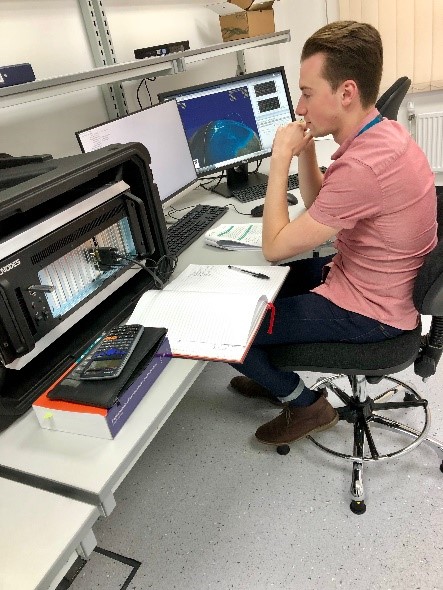 Ben Hudson, working on the ACORN in the KISPE Lab

My first tasks are to learn how to use it, to look for bugs and to identify any ways in which any of the different elements of the ACORN product could be made easier for people to use; from the system itself and the Graphical User Interface, the input and output parameters, through to the terminology and formatting of the user documentation. I’ve started to run some of the reference cases in the user manual, as well as a scenario for an ongoing KISPE project, and future users of the ACORN will be able to use it as a basis for modelling different missions based on the Open Source Satellite platform.”

The ACORN supports processor-in-the-loop, hardware-in-the-loop or faster than real-time simulation capability, which will help users to reduce mission costs during the development, production and verification phases, as well as reduce in-orbit operational risks.

Thank you to Maureen S. O’Brien, Stanley O. Kennedy, Jr. and the Oakman team for all of their hard work to make this happen!

We’re looking forward to sharing more news on the beta testing campaign in the coming months.

Do you have a mission use case that would be a good candidate for a beta test?
Please get in touch with us.

Quote attribution: The creation of a thousand forests is in one acorn", Ralph Waldo Emerson